The Quetelet Center for Quantitative Historical Research is an interfaculty and interdisciplinary service centre that offers advice and expertise on the use of historical data that can be studied statistically or in map form.

Researchers from all disciplines and the general public can come to us with questions about the use of quantitative and quantifiable sources on Belgium's past.

The demise of keuter farms in Coastal Flanders

Taxes have always played an important role in the finances of early modern farming. Especially in times of war, taxes had a very heavy impact. To finance warfare, (occupying) governments often raised taxes drastically. So high that they caused bankruptcies among farmers. Sander Berghmans (UGent) shows how taxes played a role in the scaling-up of farms in coastal Flanders (17th and 18th centuries). STREAM provided contextual data for this research. 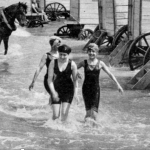 The summer of 2022 was again hot and dry, with a heat wave from 9 to 16 August. That heatwave caused additional deaths. Wouter Ronsijn investigates whether this was also the case in the past. He links data from the S.O.S. Antwerp database to temperature data in Uccle for the period 1833-1946 and reaches some interesting observations. 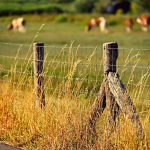 For centuries, common lands played a key role in the survival strategies of local communities in Western Europe. The modernization of the countryside in the 18th and 19th centuries was accompanied by the disappearance of these lands and rights that were used in common. Esther Beeckaert (UGent) investigated how this far-reaching and complex process took place in the Belgian Ardennes. In October she will publicly defend her PhD, which is partly based on LOKSTAT. 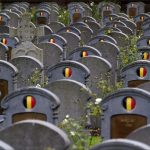 What was the death toll in Belgium through World War I and World War II? Which war cost the most lives? Surprisingly, there is still uncertainty about this. Historian Bruno De Wever (UGent) calculated the number and received help from the Quetelet Center.